Starter Motor – How It Works 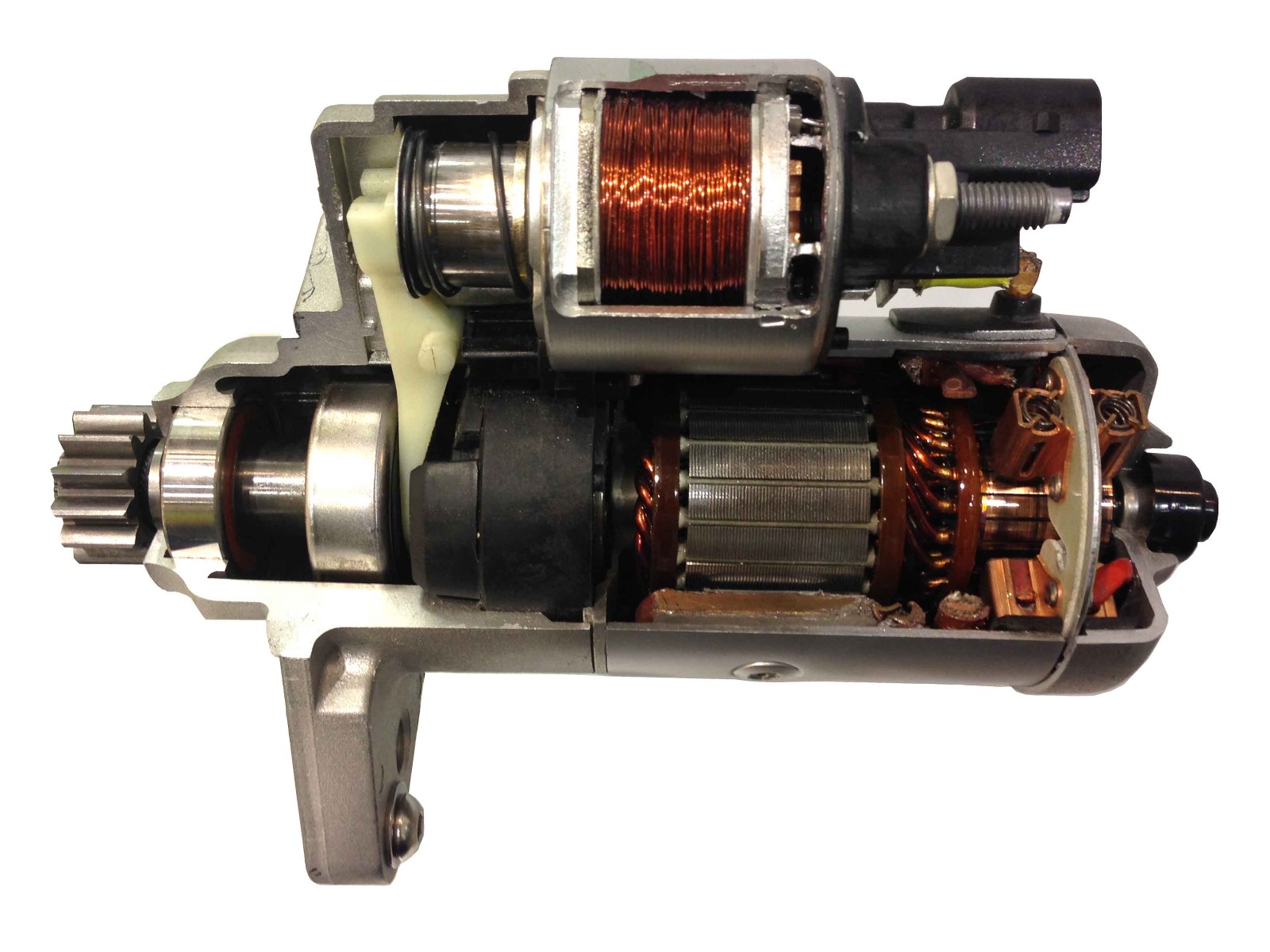 The armature is an electromagnet, mounted on the drive shaft and bearings for support. It is a laminated soft iron core which is wrapped with numerous conductors loops or windings.

The commutator is a section of the shaft at the rear of the housing on which the brushes run to conduct electricity. The commutator is made up of two plates attached to the axle of the armature. These plates provide the two connections for the coil of the electromagnet.

The solenoid contains of two coils of wire that are wrapped around a moveable core. The solenoid acts as a switch to close the electrical connection and connects the starter motor to the vehicle's battery.

The plunger works by using the connected vehicle battery and the solenoid to push the plunger forward, which engages the pinion.

The pinion is a unique combination of a gear and springs. Once the starter is engaged the gear is extended into the gearbox housing and is engaged with the flywheel. This spins the engine to begin the combustion process.

The housing holds the starter fields in the housing with screws. This can consist of two to four field coils connected in series. Energised by the battery this converts the coils into an electromagnet which then turns the armature. When the armature coils are powered a magnetic field is created around the armature.

See our new to range references